Between 15th and 17th March 2016, the Division of Global History Studies, Institute for Academic Initiatives (IAI), Osaka University (Japan), held an international workshop entitled ‘Globalization from East Asian Perspectives’ at the University’s Nakanoshima-Center. The workshop was the second in a series of events organized by the Oxford Centre for Global History’s as part of its ‘Global Nodes, Global Orders’ Leverhulme International Network, with financial support from the Leverhulme Trust and Osaka University. Thirty-three academics, including thirteen scholars from outside Japan, presented conference papers.

Within the framework of the Network’s general theme, ‘Global Nodes, Global Orders’, the Osaka workshop focused on the historical trajectories of globalization from East Asian perspectives, its causes and consequences. The workshop examined the process of globalization by combining a vertical historical perspective of the longue-durée from the ancient to the contemporary period with a horizontal analysis encompassing a range of specific regional studies beyond the purview of national histories. Professor James Belich, Oxford University, delivered the keynote lecture at the plenary session, followed by seven separate panels focusing, in turn, on: (a) Central Eurasian History from the ancient period to the middle ages, (b) Maritime Asian History in the early modern period, and (c) Global Economic History in the modern and contemporary period. In these areas, the Department of World History, Osaka University, has particular academic expertise.

As the result of three days of intensive discussions, the Osaka research group was able to suggest the new historical concept of ‘Eastern Eurasia’ as a mega-regional historical entity. This region encompasses not only the central and eastern parts of the Eurasian continent from the ancient ‘Silk-Road’ to the Mongolian World Empire of the middle ages and its early modern successors, such as the Ming & Ching Dynasties of China (the Chinese Empire) and the Mughal Empire of the Indian continent, but also the maritime world of Southeast Asia. Juxtaposed to this analysis were contributions by scholars from Oxford University, who offered interpretations on Europe as part of ‘Western Eurasia’.

The mega-regional twin concepts of Eastern and Western Eurasia emphasize the need for further comparative and relational investigations of the Eurasian continent in the study of global history.

With regard to vertical historical perspectives, the workshop addressed the ‘Reconsideration of the Nineteenth Century from Asian Perspectives’. This discussion was based on new evidence on Asian economic development in the second half of the nineteenth century, notably the role of indigenous Asian merchants and small peasants. This reconsideration suggests a new periodization of the modern and contemporary period which arguably has implications for debates about the rapid transformation of East Asian economies in the second half of the twentieth century, the so-called East Asian Miracle. The argument will help account for the shift of economic gravity from the Trans-Atlantic economy to the emerging Asia-Pacific Economy.

The Osaka workshop enabled us to reflect on global history, more specifically the history of globalization, from hitherto unexplored perspectives by drawing on an international academic network. The Osaka research group would like to continue to play a leading role in developing global history from Asian perspectives and endeavors to promote the study of global history in cooperation with colleagues from Asian Association of World Historians (AAWH), Europe (European Network in Universal and Global History: ENIUGH) and North America (World History Association: WHA). 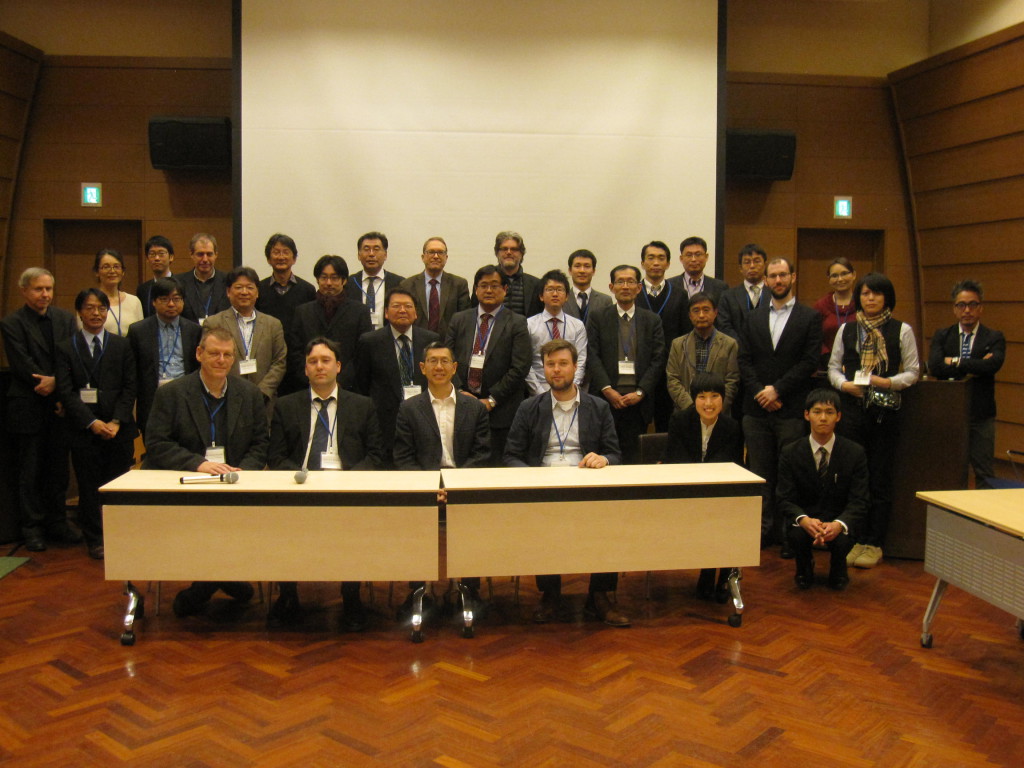